Joseph (Joe) Santana is the Futurist, Executive Coach, and Mentor for Diversity, Equity, and Inclusion leaders. He is CEO of Joseph Santana, LLC a company that owns several brands dedicated to developing Diversity, Equity, Inclusion, and Belonging leader who are the CDOs and ERG / BRG Chairs in national and global businesses. His mission, his why, is to help these hero-leaders change the world by making the way they are developed at all levels and in all parts of the organization easy, accessible, and affordable. Below is a graphic depiction of the brands owned by Joseph Santana, LLC.

THE COMMON DENOMINATOR BEHIND THESE BRANDS

The unique and highly effective approaches employed by these brands to develop DEI hero-leaders are informed by Joe’s own broad experience, which includes running a highly profitable, New York City-based, 300-employee outsourcing business for Siemens Business Services where he increased profitability by leveraging the growing diversity in his workforce and job candidate pools and improving their training and development. Later, he led a national training, leadership and organizational development team where he replicated his success in finding and developing leaders from across all demographics throughout the entire 5,000 plus employee division. Appointed shortly there after as Siemens’ first diversity officer, he next applied his business and governance skills as the architect of the company’s rapidly successful 65,000-strong USA employee diversity and inclusion practice. His accomplishments in this role included launching a national governance organization; creating and implementing a sustainability model; and establishing a platform that enabled the company to grow over 60 employee resource groups, three national networks, and 11 diversity councils closely linked to the business. Direct business benefits from these efforts included increasing the company’s ability to attract, secure and retain a growing multi-million dollar portfolio of public business at both the federal and state levels as well as expanding on its already huge private client list. After these roles, he partnered with other organizations to create and run successful think-tank and development groups comprised of Chief Diversity Officers from top well-known companies who’s combined revenue exceeds 290 Billion US dollars. (Joe’s also provided coaching and development for CEOs and other C-level leaders).

In a parallel career as a thought-leading author, Joe has written thousands of articles, including feature pieces for Chief Executive Magazine, Chief Information Officer magazine, Chief Information Officer Update, Diversity Executive Magazine and Insight into Diversity Magazine. He has also has created insightful white papers and books that have been published in several languages across several continents, including Asia, Europe, and Africa.

A sought-after speaker and media commentator, Joe has been quoted in numerous magazines and books, including Thomas Friedman’s 2005 bestseller, The World is Flat.

A FEW OF THE COMPANIES SERVED BY JOSEPH SANTANA, LLC ACROSS IT’S BRANDS INCLUDE: 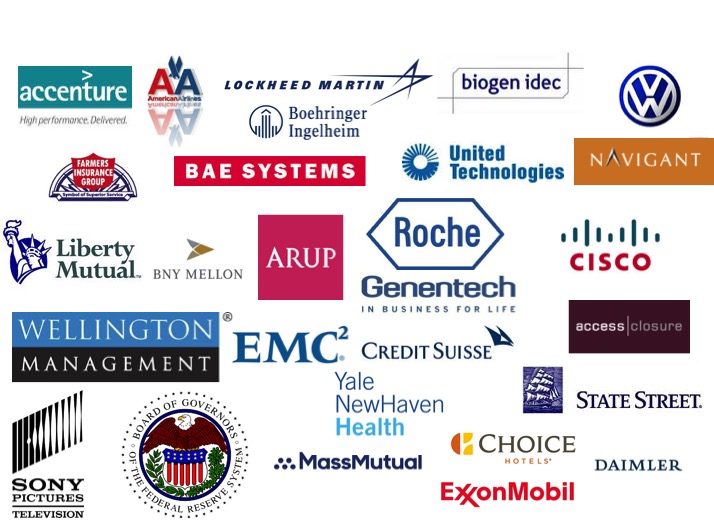